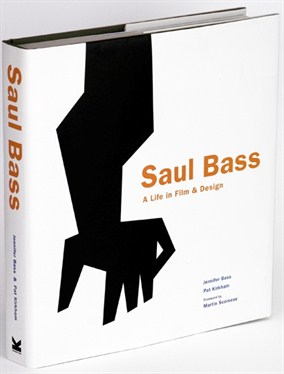 The slide designers at Edison Red often talk about the incredible influence the work of American designer Saul Bass has had on them.

If you don’t know the name Saul Bass, it’s highly likely you’ll know his work. Considered to be one of the great designers of the twentieth century, he’s been responsible for some of the most iconic industrial logos ever created - including Warner Brothers, Quaker, AT&T and Continental Airlines. He has also designed some of the most memorable movie posters of all time including ‘West Side Story’, ‘Vertigo’, ‘The Man with the Golden Arm’ and ‘The Shining’.

This is a beautiful book that captures over 1,400 examples of Bass’s work, which only goes to prove that great design is timeless.

Click on the book cover for more information and to buy from Amazon UK.

What to do when your agenda gets hijacked

Sometimes, when you’re facilitating a meeting or running a longer session with people, your carefully worked-out sequence and structure can get thrown off course by the people you’re with. How do you get them back on track while still keeping in the flow? > Read more